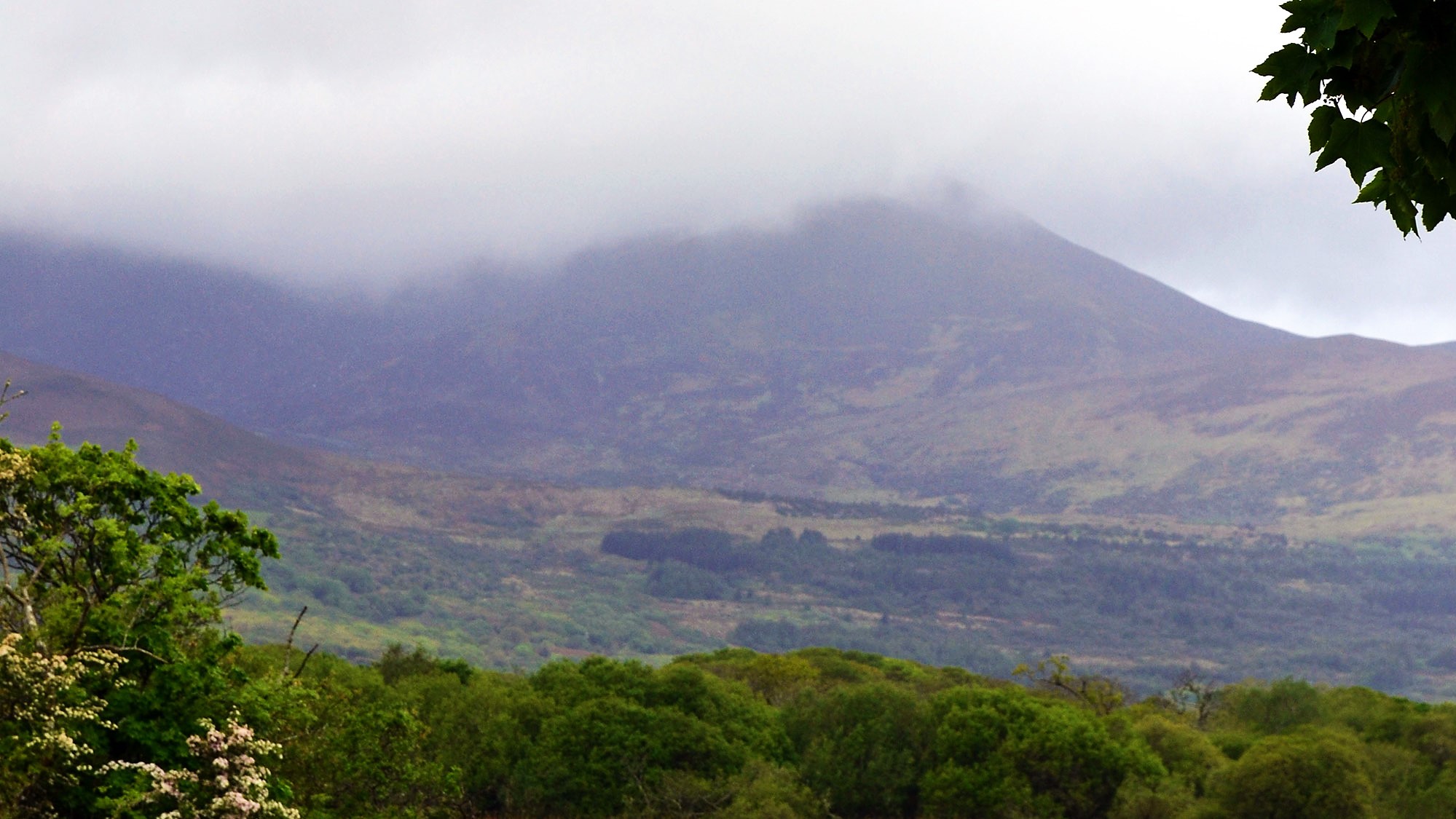 I’m not very photogenic, so please enjoy this photo of a mountain shrouded in clouds in Killarney, Ireland.

Michael M. Mechmann (he/him) is a programmer by day and a composer by brief, wonderful, fleeting moments. Born in New York, Michael currently lives in Berkeley, California with his wife Ilona and their two cats.

When not writing code, music, or words, Michael is most likely found nursing very amateur electronics and woodworking projects in the garage, or else playing video games until far too late in the night. Occasionally you may find him playing Dungeons & Dragons, frequently as the DM, a duty he has performed since middle school, because he’s always been a huge SFF nerd.

A lifelong lover of music, Michael was trained as a flautist from an early age, as well as with piano and voice, and he sings bass/baritone with choral groups. Sadly the combination of computers and music afflicted him with carpal tunnel syndrome in both wrists, so he is now wildly out of practice on flute and (non-computer) keyboard.

Michael began programming also at a very early age, starting with QBASIC on his parents’ Windows 95 computer around age 10. He maintained programming as a hobby until he left college while the US was still recovering from the 2008 housing crisis and out of sheer necessity turned his hobby into his career.

Michael believes in the improvement of people’s lives, especially through technology. He grew up watching Star Trek and will never stop dreaming of a world where money doesn’t exist and inequality is as obsolete as petroleum.

This website is nice and simple (no more Blob!). It’s generated by Jekyll using the So Simple theme, lightly customized for my purposes. It’s just plain HTML and CSS now, with just the lightest hint of Javascript to make search and tag pages work, and a few Google fonts to make it all pretty. No more worrying about MySQL going down or PHP getting hacked!

The little robot that I use for my icon (seen above) is an illustration by Takashi Mifune of Irasutoya and is used in accordance with their terms of use.

All other images on this site are either my own or were sourced from someone who no longer exists on the internet for me to track down and credit. If you see something here that you recognize, feel free to reach out to me and let me know. I’m happy to replace any copyrighted material I may be using inadvertently. I assure you, no harm is intended and no money is being made off of your work.

Some closing thoughts: black lives matter, trans rights are human rights, abolish capital and democratize the means of production. And above all, be kind.