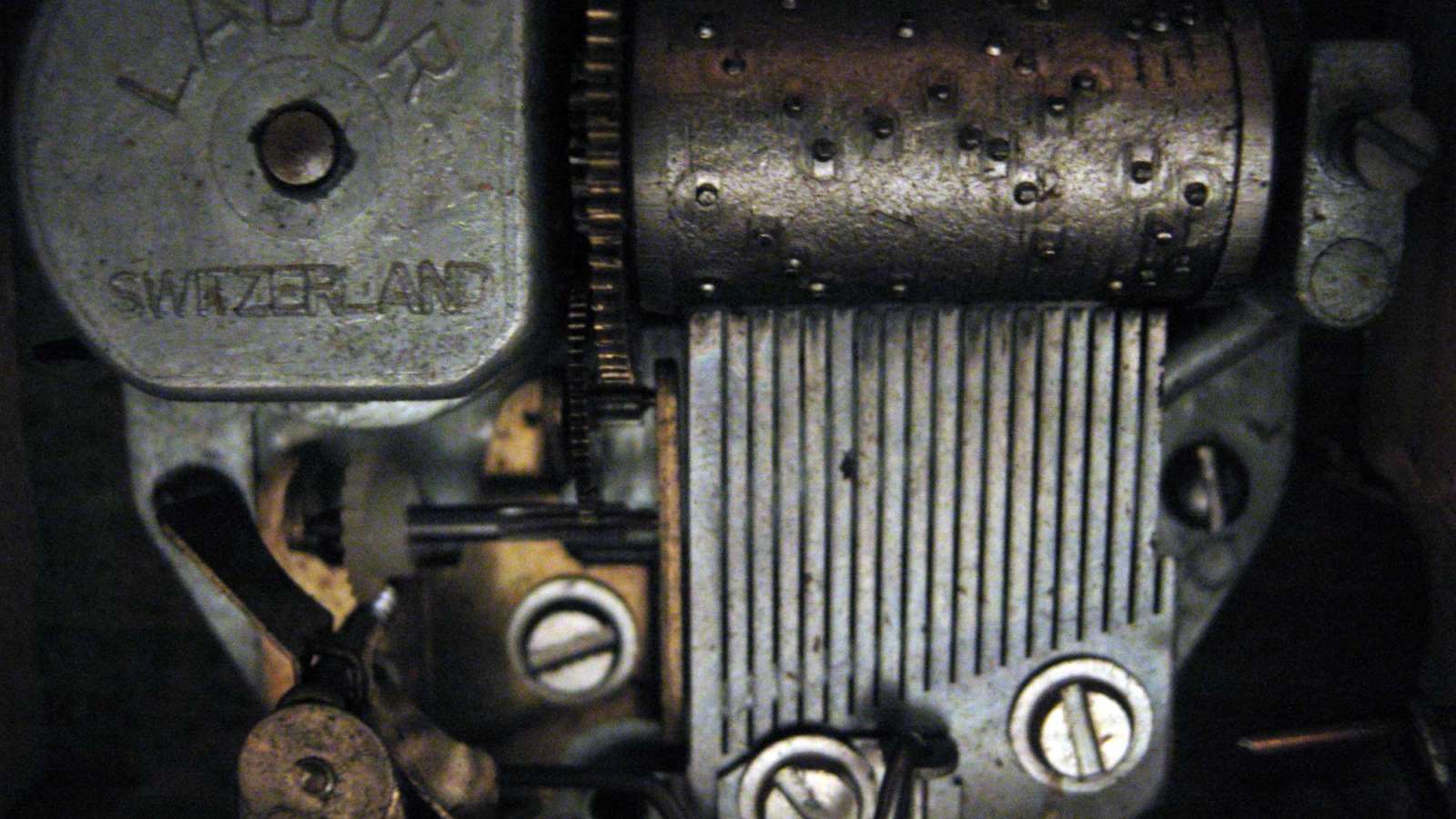 The Music Box Symphony, dedicated to the memory of Claire McKenna.

My first earnest attempt at a large-scale form, and it’s a doozy. Again, it’s not great, but it still has a special place in my heart, not least of all because there’s a fair amount of backstory associated with it.

The first bit has to do with Aunt Claire McKenna, who was a dear friend of the family and a lifelong companion to my great-aunt, who never married (yeah…). She was a constant presence in my parents’ and my generation’s lives in our family, and a loving, wonderful woman. She was also a lover of classical music and was a major force (emotional as well as financial) behind the children of my generation receiving musical training. I come from a very musical family already, but she is probably the catalyst for a major part of my life and its direction.

She passed away when I was in freshman year of high school. In the car on the way to the burial, I wrote the theme that became the primary theme of the first movement of this symphony. When I finished the composition two years later, I dedicated it to her memory.

Since I had made my interest in composition known and played with some smaller pieces and themes, my aunt and uncle bought me a copy of Finale PrintMusic for my elementary school graduation, and I had earnestly begun to learn more about musical notation. So this symphony also holds the distinction of being the first major piece of music that I wrote and orchestrated “correctly.”

However, due to the limitations of the software at the time, I was forced to do things like write both violin parts on a single staff, and other such hacks. This was addressed (along with several other issues) when I reorchestrated the entire symphony in 2015.

Of course, me being a highschooler and a contrarian, that’s about the only thing I did “correctly.” It’s actually fairly subversive of the traditional symphony form, both intentionally and not. The symphony has only three movements instead of four; the first and last movements are in triple meter while the middle is in standard time; the music box is a featured instrument (though not quite enough to make it a concerto — and besides, who would be the performer?); and the middle movement is a kind of inverse passacaglia because, again, it’s written in 4/4 time, but also because the ostinato theme occurs in every voice but the bass. The last movement is a fascinating attempt to bring in my love of musical theater — it’s structured almost like the overture to a traditional musical, but subverts in that it’s at the end and not the beginning and in that (nearly) all of the themes referenced aren’t present in the rest of the symphony. What a wild move.

But despite all my teenage rebellion, I didn’t break all the rules. The tempi are still fast-slow-fast, and the first movement is in sonata form. The final movement is in something resembling rondo form as well.

Sadly, this piece has never been performed by a live orchestra (the logistics of the music box part present quite a challenge — and also I can’t afford to hire an orchestra on a whim). MIDI renders of various quality have been made over the years.

For the curious, here is one of the MIDI renders of the first movement.