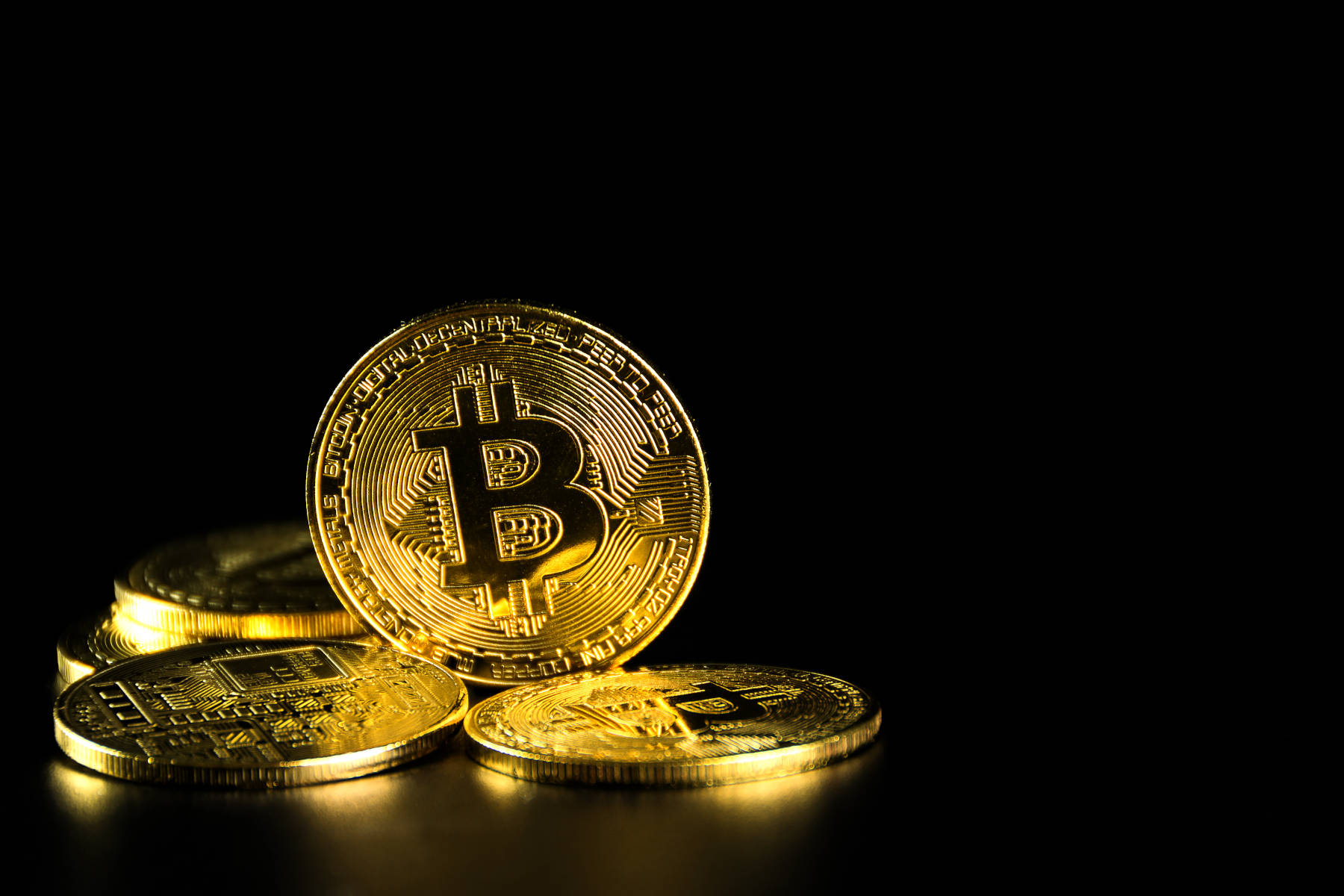 Well, it certainly seems like companies, CEOs, and celebrities everywhere are all trying to cash in on NFTs’ popularity, shoving them into the forefront of public consciousness over and over again, and further enhancing the penetration of cryptocurrency into the general awareness. As a programmer by trade and a technology enthusiast, I feel like I should come out and make my opinions about these things known. You know, for posterity.

A Chain of Blocks

Let me start by countering a lot of the “no true Scotsman” style arguments that usually get flung at crypto-nonbelievers.

I have been familiar with Bitcoin since its inception. In the wake of the 2008 financial crisis, Bitcoin was a hot topic in a lot of tech spaces — especially for folks like me who were now seeing the inherent evil in capitalism for capitalism’s sake as practiced by the banks and Wall Street. I read the Satoshi Nakamoto whitepaper. I read the messageboards. I mined coins1. I researched the technology. To this day, I still get annoyed whenever someone refers to “the blockchain” because I am a hopeless pedant, and “blockchain” is a concept like “database” that is abstract in and of itself, and there are many blockchains out there; so there is no one, single, the blockchain, and I still sometimes annoyingly point that out to people just to piss them off.

So please believe me when I say I’ve seen this system’s flaws firsthand.

Back in the day, it was already clear that there was one big problem, one that has become not just emblematic of the problems with cryptocurrency but a particularly painful issue for the very tech community that propelled Bitcoin to popularity in the first place. This problem was apparent from the moment I downloaded the original mining script onto my aging college laptop and fired it up.

Bitcoin — and, indeed, the very concept of a proof-of-work blockchain that underpins the currency — is intrinsically biased in a way that cannot be resolved without discarding the entire system. Indeed, in the whitepaper, this is not presented as a problem, it is presented as a feature:

The longest chain not only serves as proof of the sequence of events witnessed, but proof that it came from the largest pool of CPU power. As long as a majority of CPU power is controlled by nodes that are not cooperating to attack the network, they’ll generate the longest chain and outpace attackers.2

And further, when describing the awarding of Bitcoins as an incentive for nodes to participate in its blockchain network (emphasis mine):

If a greedy attacker is able to assemble more CPU power than all the honest nodes, he would have to choose between using it to defraud people by stealing back his payments, or using it to generate new coins. He ought to find it more profitable to play by the rules, such rules that favour him with more new coins than everyone else combined, than to undermine the system and the validity of his own wealth.3

The proof-of-work blockchain is inherently designed to favor the largest pool of CPU power. Abstractly, this is an incentive for more nodes to participate in the peer-to-peer network: the more nodes, the more total CPU power, and by consensus the network can fend off individual attackers. But individuals who are able to assemble enough CPU power may still hijack this blockchain by calculating more hashes faster than the “honest” nodes and using that to steal transactions. So the award of Bitcoins to the fastest hash calculators is added as an additional incentive to play nice.

CPU power is fine to discuss abstractly in a paper on P2P systems, but it is a real-world resource, and as such is tied to the ability of a node’s operator to purchase CPUs and the electricity and accessory equipment to run those CPUs.

While the Nakamoto paper does not anticipate the advent of GPU hash calculations, it’s clear that it does anticipate the leverage of existing capital to create massive mining operations. The analogy to gold mining applies not just to the resource being mined, but to the people who can buy up as much land and hire enough miners. In short, it is designed from the ground up to favor the already wealthy by awarding them with more, digital wealth.

This remains a property of the Bitcoin blockchain and all of its derivatives to this day.

And this is, of course, the reason why I can’t build a new gaming PC.

People talk about the environmental impact of cryptocurrency as though it were a surprise, but this no unforeseen consequence. This is an intentional decision by the designers and mining rig operators. As with coal and gold mining barons before them, these people see that impact as immaterial to their own enrichment.

The similarity between the rich who’ve “worked hard” by in fact stealing other people’s labor and the proof of “work” demanded by a system designed to grant resources to those who already have them is not lost on me.

The criticisms of the energy consumption required for proof-of-work blockchains such as Bitcoin’s and Ethereum’s has given rise to another class of blockchain technology known as “proof-of-stake,” which doubles down on the hidden incentive of cryptocurrency to capitalists by explicitly turning the technology into a financial instrument. Essentially, tokens are awarded as voting shares in exchange for liquidity in the form of real-world money or stable cryptocurrency.

The transformation of Bitcoin from a half-joke, half-cyberpunk-libertarian dream happened very slowly. For a long time, people were genuinely able to purchase things (mostly illegal things, but things!) with the currency. People were trying to set up Bitcoin ATMs, for chrissake.

These days, that pretense is almost entirely abandoned, and proof-of-stake coins are, I think, a major part of that. Yes, by abandoning the proof-of-work system they remove the environmental impact of mining, which is a good thing. But this is basically just cutting out the middleman. Now, instead of investing money in mining operations, you simply invest directly in the PoS (an apt acronym) token of your choice. These systems typically incentivize staking by awarding stakeholders with blockchain operations, and rewarding those with more tokens.

For example, take a look at Cardano, the largest proof-of-stake blockchain. Its associated token/coin, “ada4”, is described as a means of facilitating secure exchanges of value5 — but not as a means of exchange for goods and services in a real-world capacity. Their own website handwaves this with the line, “In time, ada will also be usable for a variety of applications and services on the Cardano platform.”6 But, unlike other PoS platforms, Cardano doesn’t even pretend ada is useful as, you know, a currency; the only uses cases described have to do with staking it. Naturally, the Cardano protocol (known as Ouroboros) awards blockchain validation operations and their associated ada rewards in a lottery, and the higher the stake held by a node, the more likely it will be chosen, and thus rewarded with more ada.7

On the Cardano website, these details are absolutely buried under excruciating high-minded language about revolutionary technology, transforming businesses, empowering individuals, and enacting social change. Above all, Cardano wants to be known as sustainable, science-based, and ethical:

Cardano began with a vision of a world without intermediaries, in which power is not controlled by an accountable few, but by the empowered many. In this world, individuals have control over their data and how they interact and transact. Businesses have the opportunity to grow independent of monopolistic and bureaucratic power structures. Societies are able to pursue true democracy: self-governing, fair, and accountable. It is a world made possible by Cardano.8

This is 100% pure, stone-cold, unadulterated bullshit, and just the absolute worst kind of Silicon Valley “computer programmers can solve all the world’s problems” kind of thinking.

I’m not going to go too much longer (this is way too long already) but it should be obvious how a system designed to reward those with the highest concentration of tokens with more tokens is just yet another means of rewarding the wealthy by increasing their wealth. A system that was truly designed to incentivize and empower individual contributions would have a protocol that heavily disfavored large stakes when distributing work. The stake pool concept doesn’t address this at all, instead merely incentivizing people to further enrich the large stakeholders by throwing in with them. Yes, even if you have a small stake, you’ll get a fraction of ada when the pool wins a reward, but so will they. And naturally, rewards are granted in a percentage of delegated stake9, so the wealthier accumulate more, and smaller holders cannot possibly catch up.10

The only way this is changing the world is by giving the rich another way to get richer.

The NFT craze is just another head of this hydra rearing up and roaring. While cryptocurrencies themselves are at least as legitimate as any purely theoretical vehicle of financial speculation on Wall Street, NFTs are just a full-blown multi-level marketing scam to the core. The technical and social aspects have been well-discussed elsewhere; I highly recommend the long but in-depth video from Dan Olson on the subject:

To summarize, the reason we’re hearing more and more about it is (as with all multi-level marketing scams) NFTs’ value depends on the holders being able to convince other schmucks to buy in for as much or more than they did. So it’s turned the already hype-based crypto community into an unignorable hype-spewing machine, and the bigger fools with too much money can’t help but sit up and take notice.

Suffice to say that this facet of the cryptosphere is still about rich people getting richer, but in this case it’s less the polished Wall Street types and more the mid-level con man types. They’re all bad, and trying to steal your money, it’s just a matter of scale.

Bitcoin was broken by design. Not only did it intentionally build itself on a foundation intended to favor the wealthy, its blockchain itself was just bad. It is not a good means of storing or retrieving information, requiring a lot of extra infrastructure to simply access specific transactions. In fact, while you need “only” several gigabytes of data to mine and validate new blocks on Bitcoin and Ethereum, in order to correctly validate a transaction by tracking spend history, you need a full copy of their blockchains to scan — which in Bitcoin’s case is today about 375 GiB, and in Ethereum’s case is an eye-watering 9,673 GiB. This well exceeds the capabilities of ordinary people’s computers11, and is one of several reasons why cryptocurrencies remain wholly inviable as currency — transactions take an average of 10 minutes to process on a good day! Their only use that makes any sense is as a speculative financial instrument and to claim otherwise is disingenuous at best and actively malicious at worst.

Let me step back for a second here. As a programmer and technology enthusiast, I remain hopeful that technology can and should serve the needs and enrich the lives of the people who create and use it; that by providing more access to technology and information we can reduce inequality and help people around the globe.

But blockchains, cryptocurrencies, and NFTs do none of that. Instead they mostly serve as a poorly-regulated playing field for the rich to get richer, and as a platform for petty criminals and con artists to swindle their unsuspecting marks. The concept of a blockchain may hold some promise yet, if other validation mechanisms can be introduced and it can be divorced from cryptocurrencies. I’m a fan of peer-to-peer systems and distribution of information. But right now, this ain’t doing it for me. The concept has been thoroughly abused by finance bros and the pie-in-the-sky programmers who enable them.

So can we please just get the fuck over them already?!