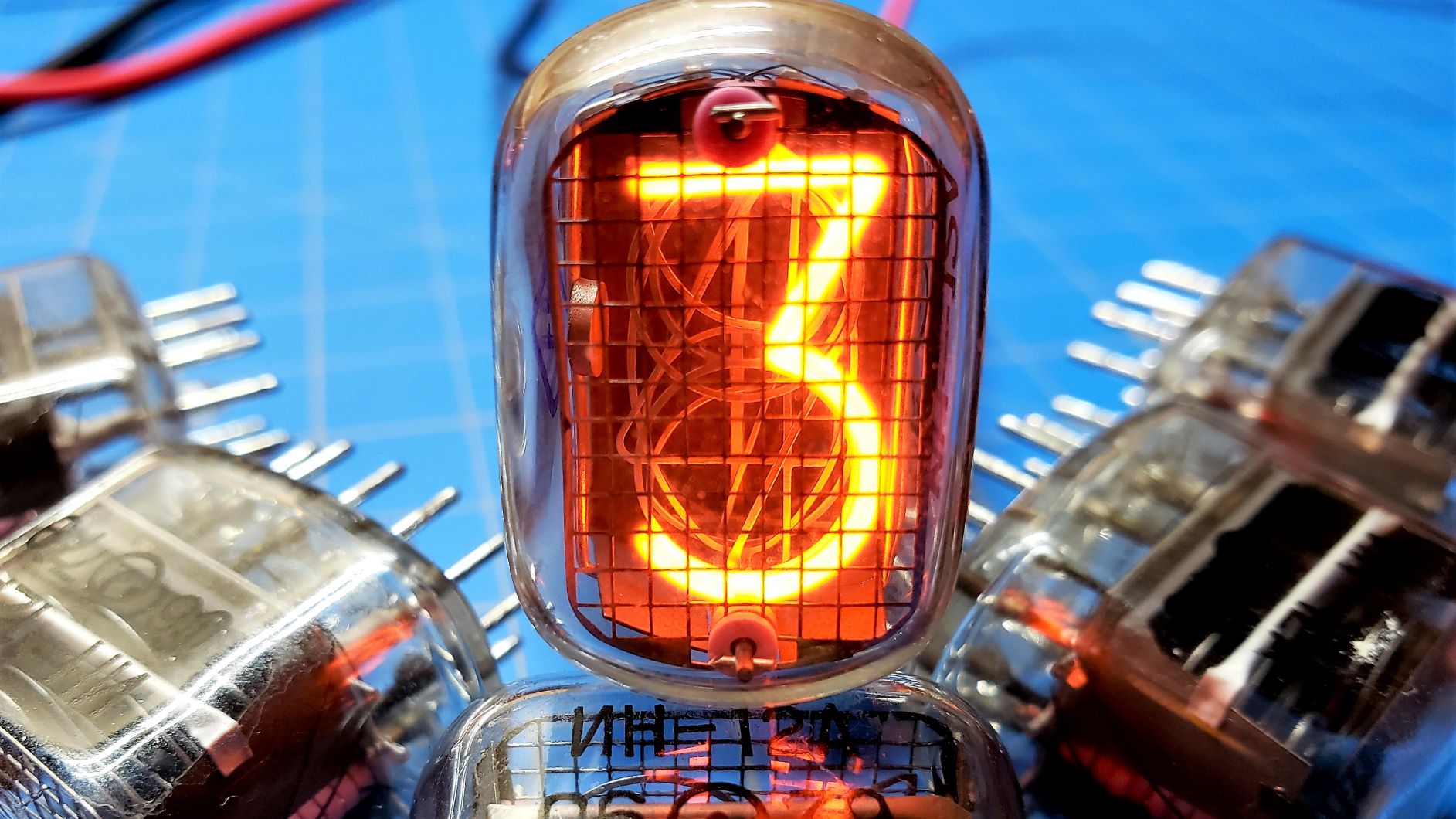 The Nixie IN-12 tubes that will form the display of the clock.

The Cold War Clock is my Nixie clock project, because every amateur electronics enthusiast literally has to have one of those.

The plan is to build a Nixie clock with either a Bluetooth and/or Plex streaming “radio” inside as well. I think this will make a pleasingly retro-futuristic spin on the old clock radio concept.

Ok, But What Does the Cold War Have to Do With Anything?

Nothing in particular, I just thought it was a snappy name, plus I intend to go for a roughly 50’s-era theme with the appearance of the finished product. To that end I’ve bought some analog VU meters, some good old fashioned toggle switches and knobs for controlling the display, and I intend to use a trick from a classic hack to make the small TFT screen look more like a tube display. I also intend to plaster text set in Futura all over the damn thing.

So the goal will be for the final product to look like an Atomic Age artifact but function like a modern-day smart speaker.

Let’s get this party started!

Wow, time flies when you’re a software developer trying to get hired in 2021 and you have to take dozens of virtual interviews before you get completely ghosted by behemoth companies and startups alike! Sadly, between actually doing the interviews and grinding Leetcode problems in preparation for the same, all the madcap mayhem has left me with only a little bit of time to make progress on the project. But progress I have made!